Salon is an annual magazine that is published as a companion to the events of the Salzburg Festival. The magazine provides a stage for cultural discourse. In addition, Salon features behind the scenes analysis and an insight into the production of the performances at the Festival. 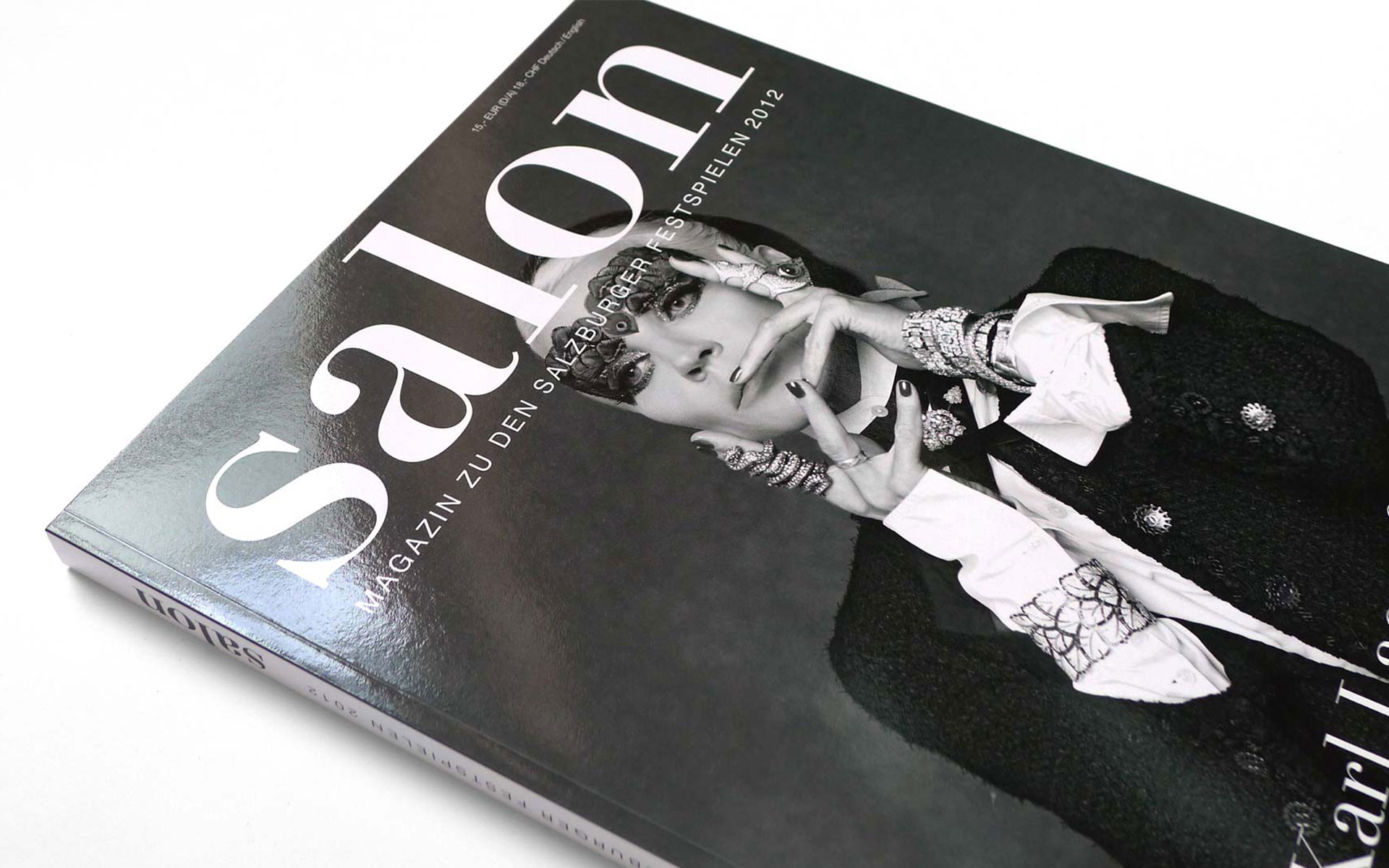 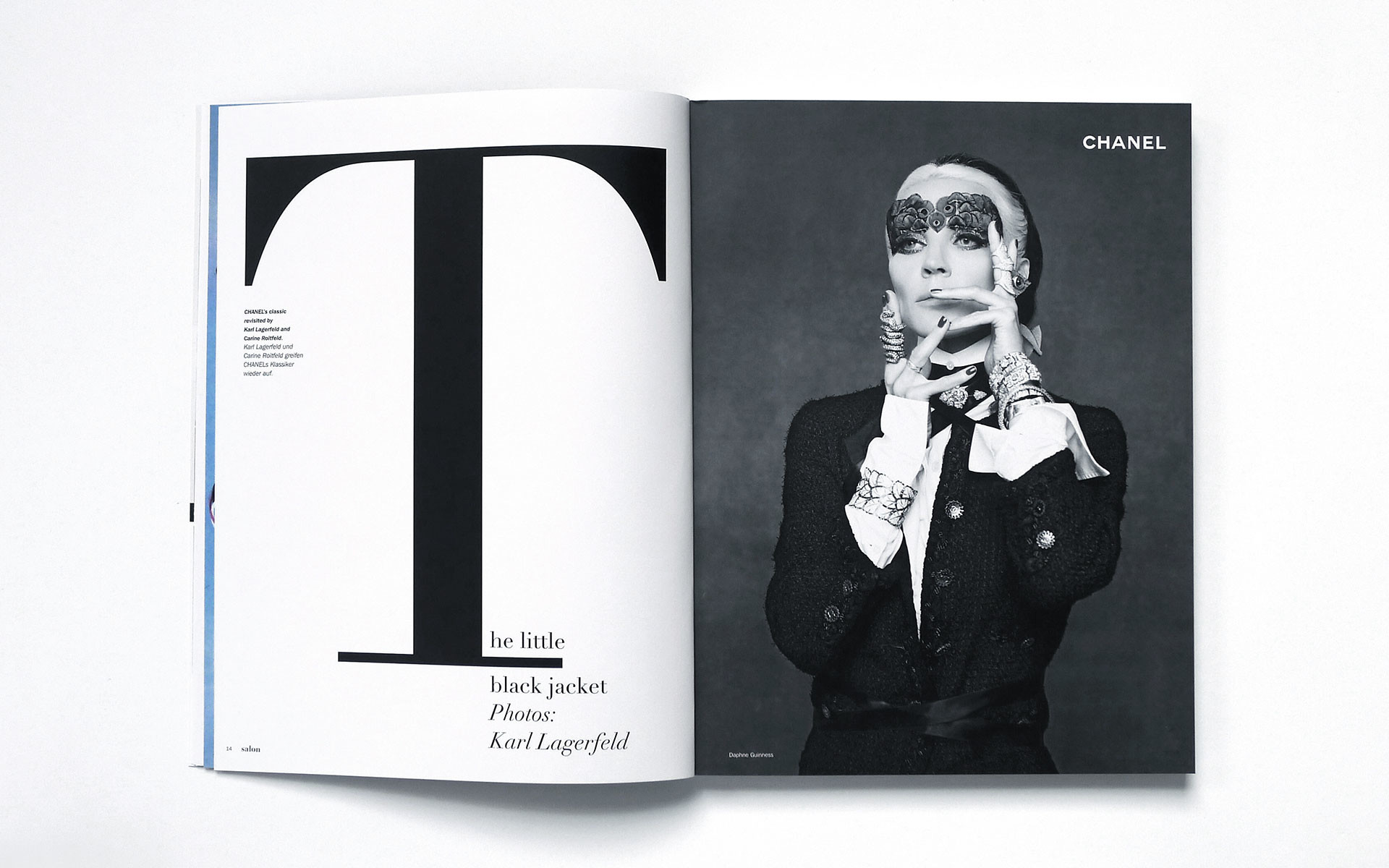 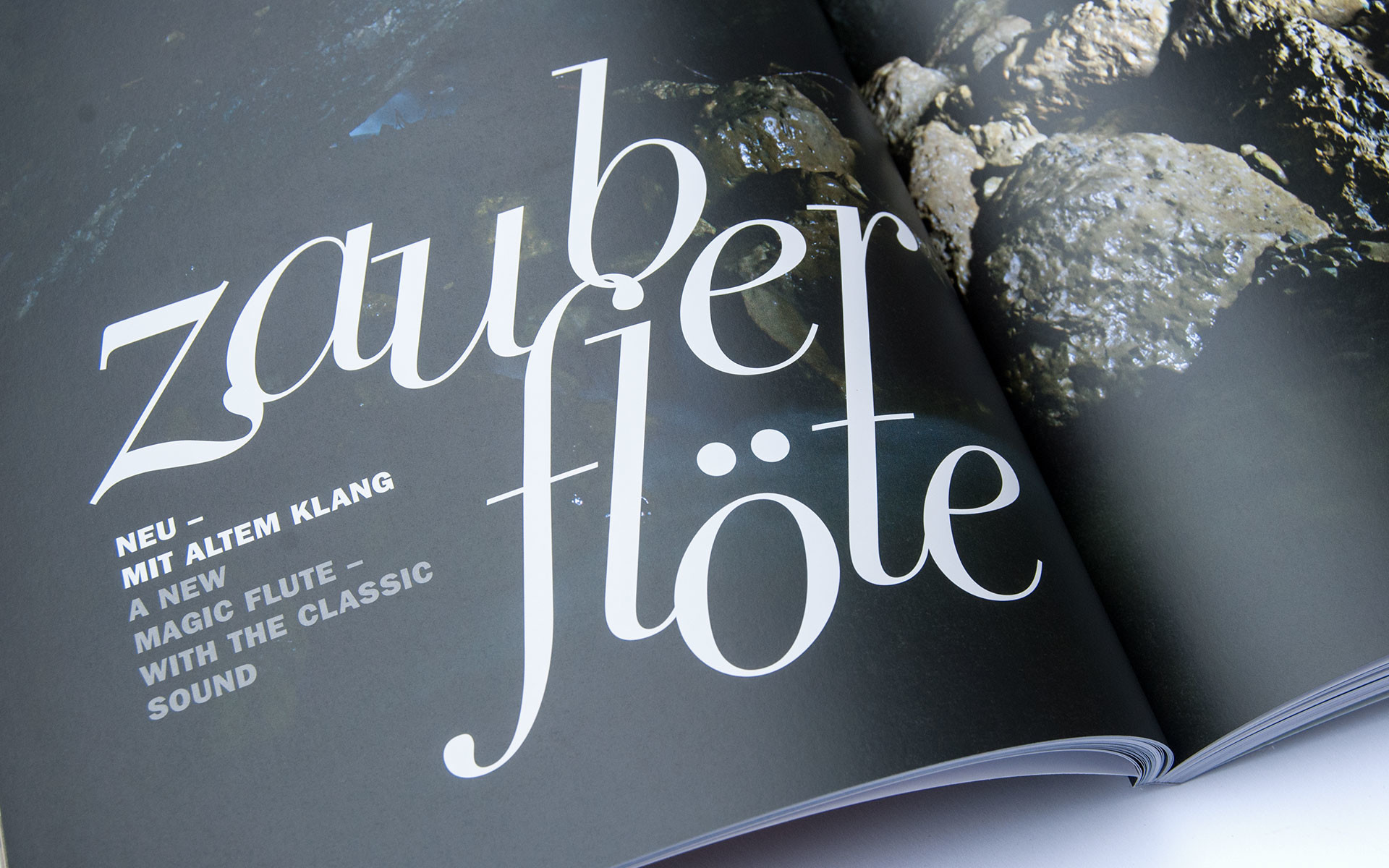 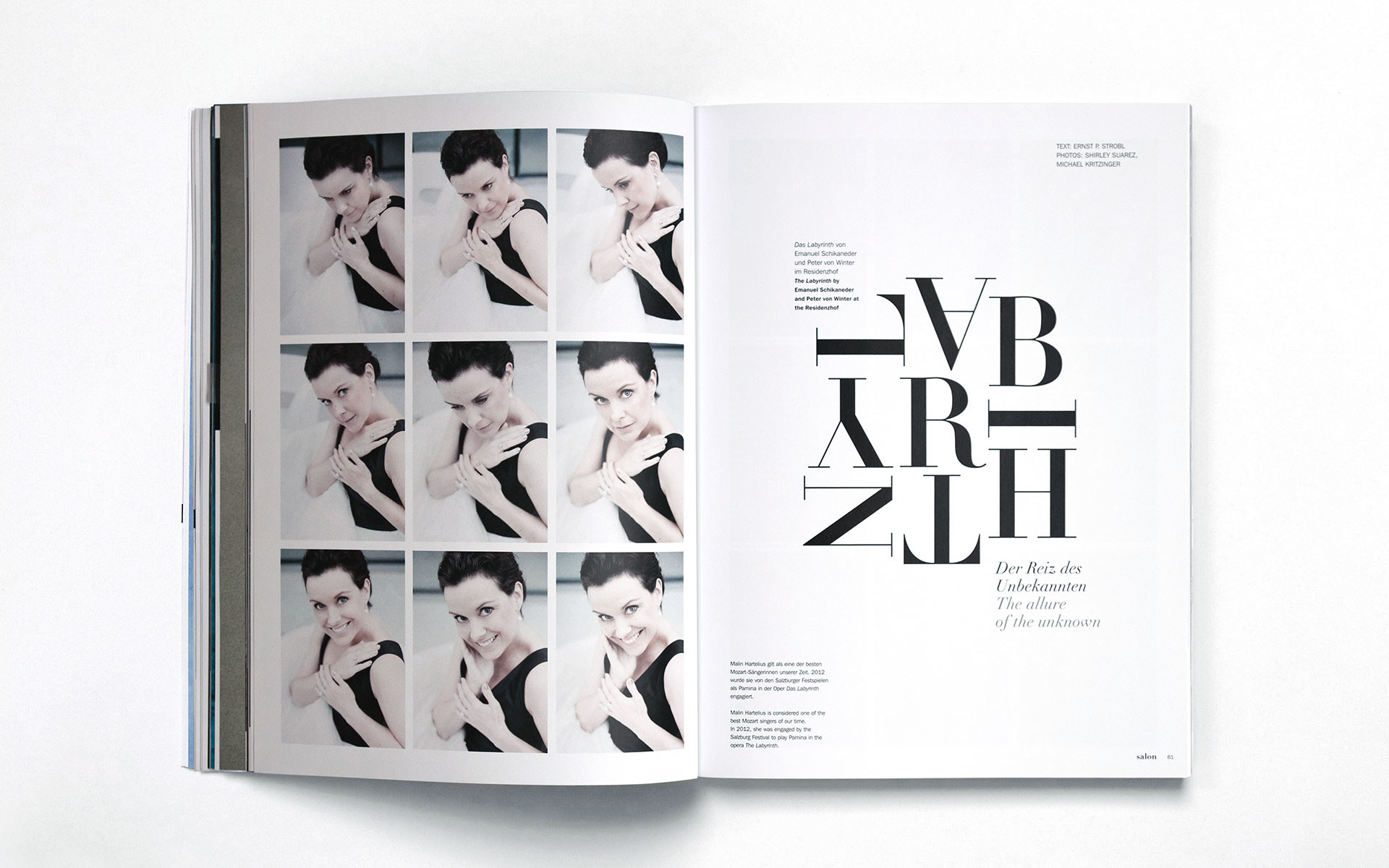 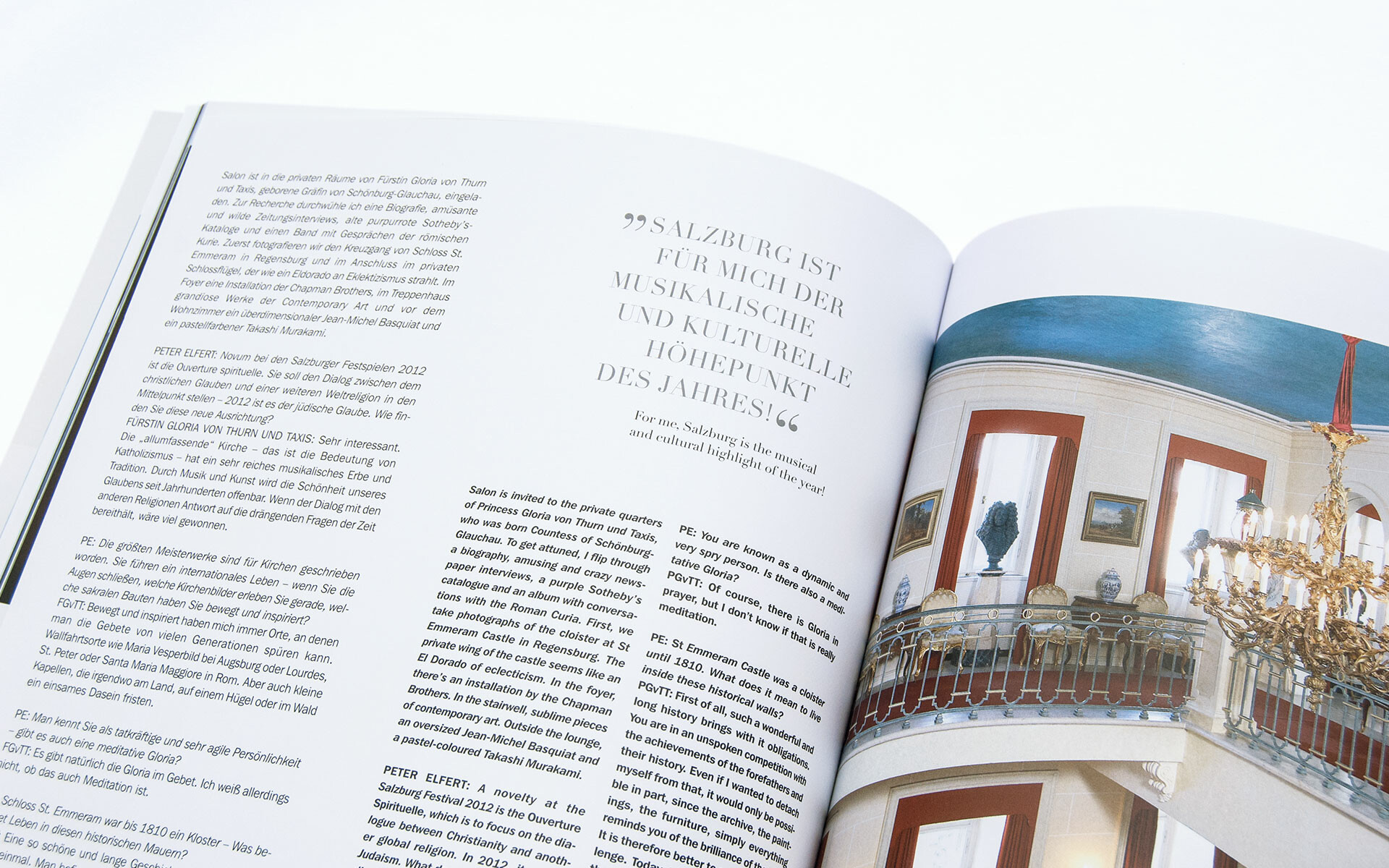 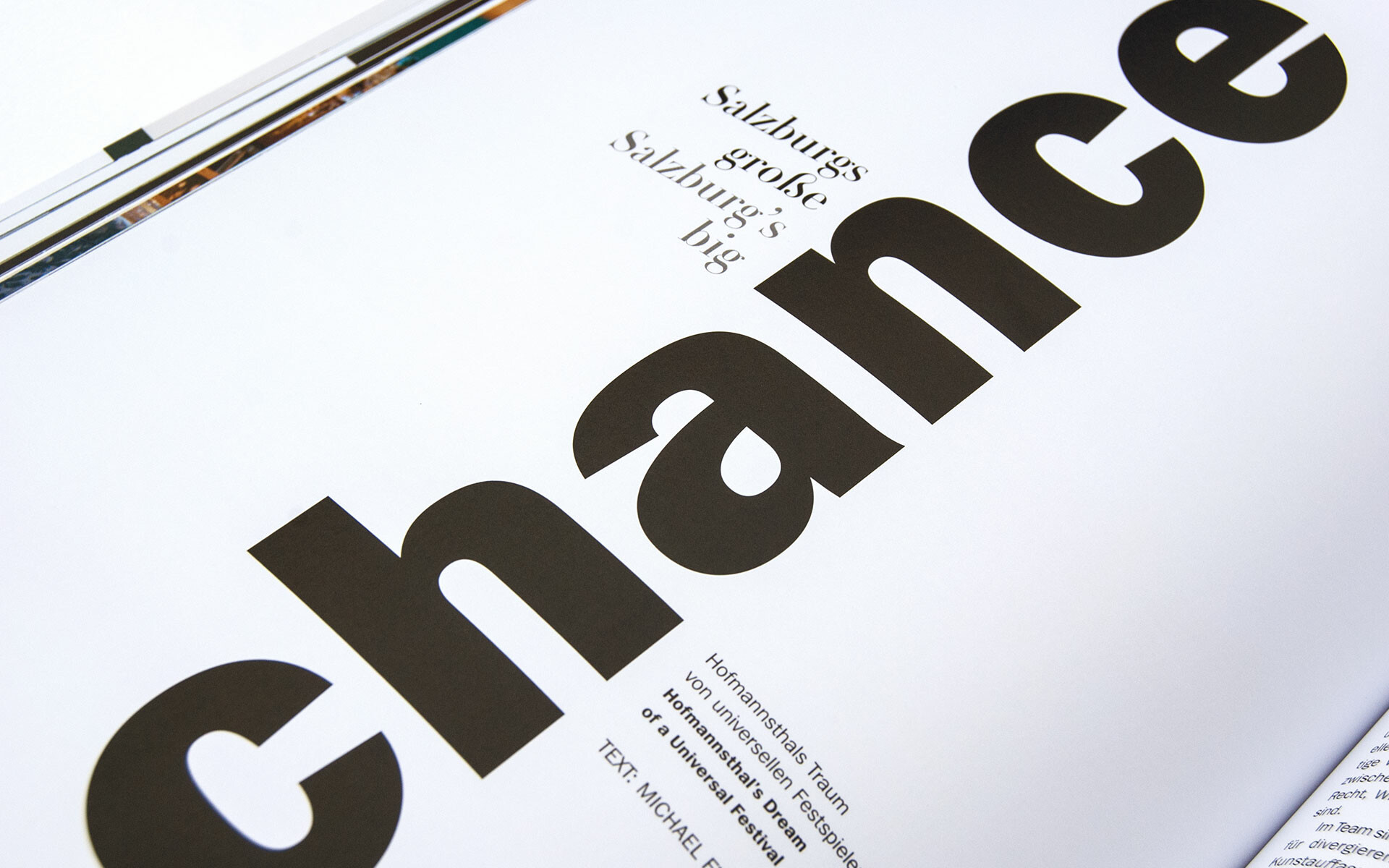 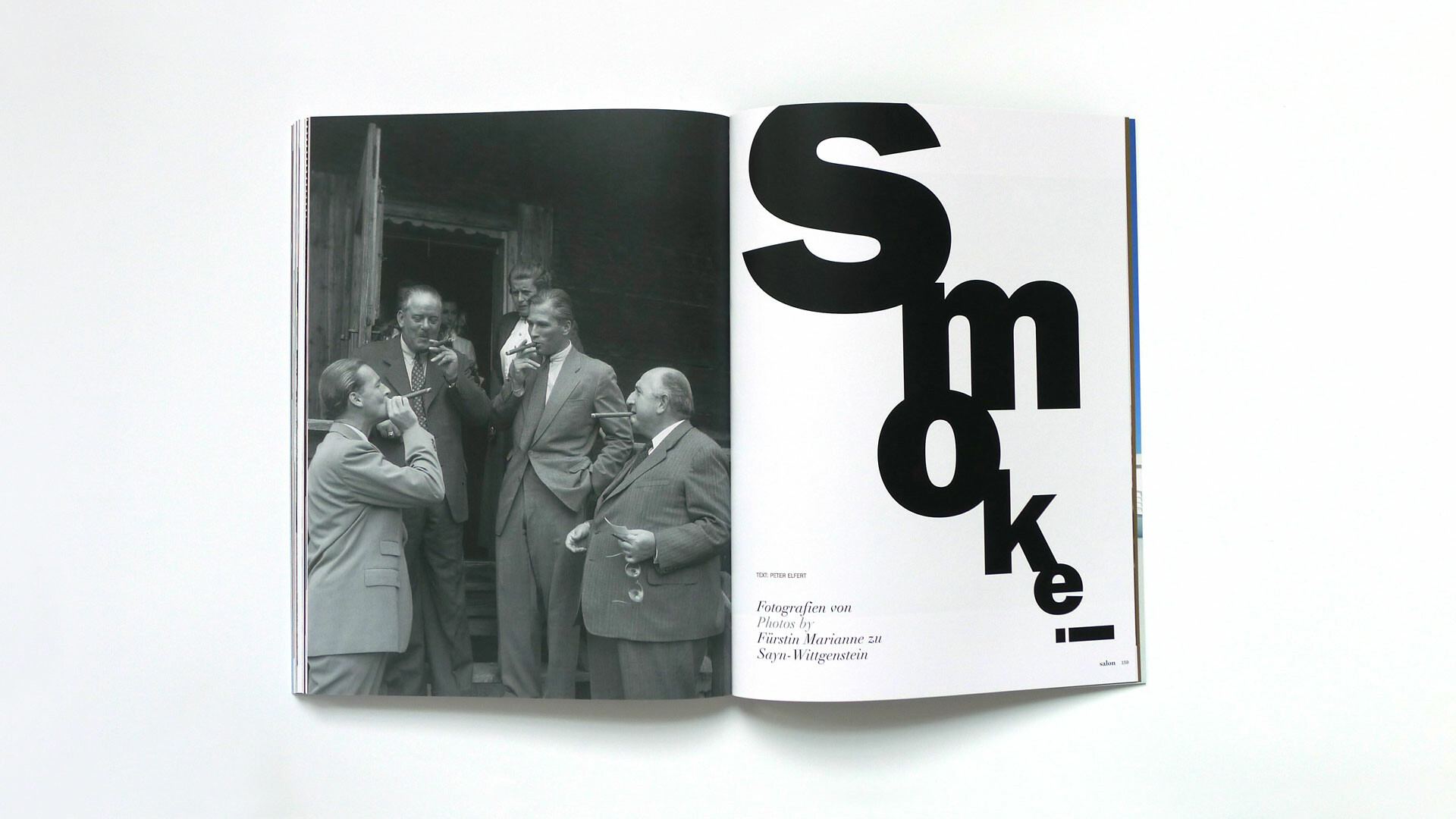 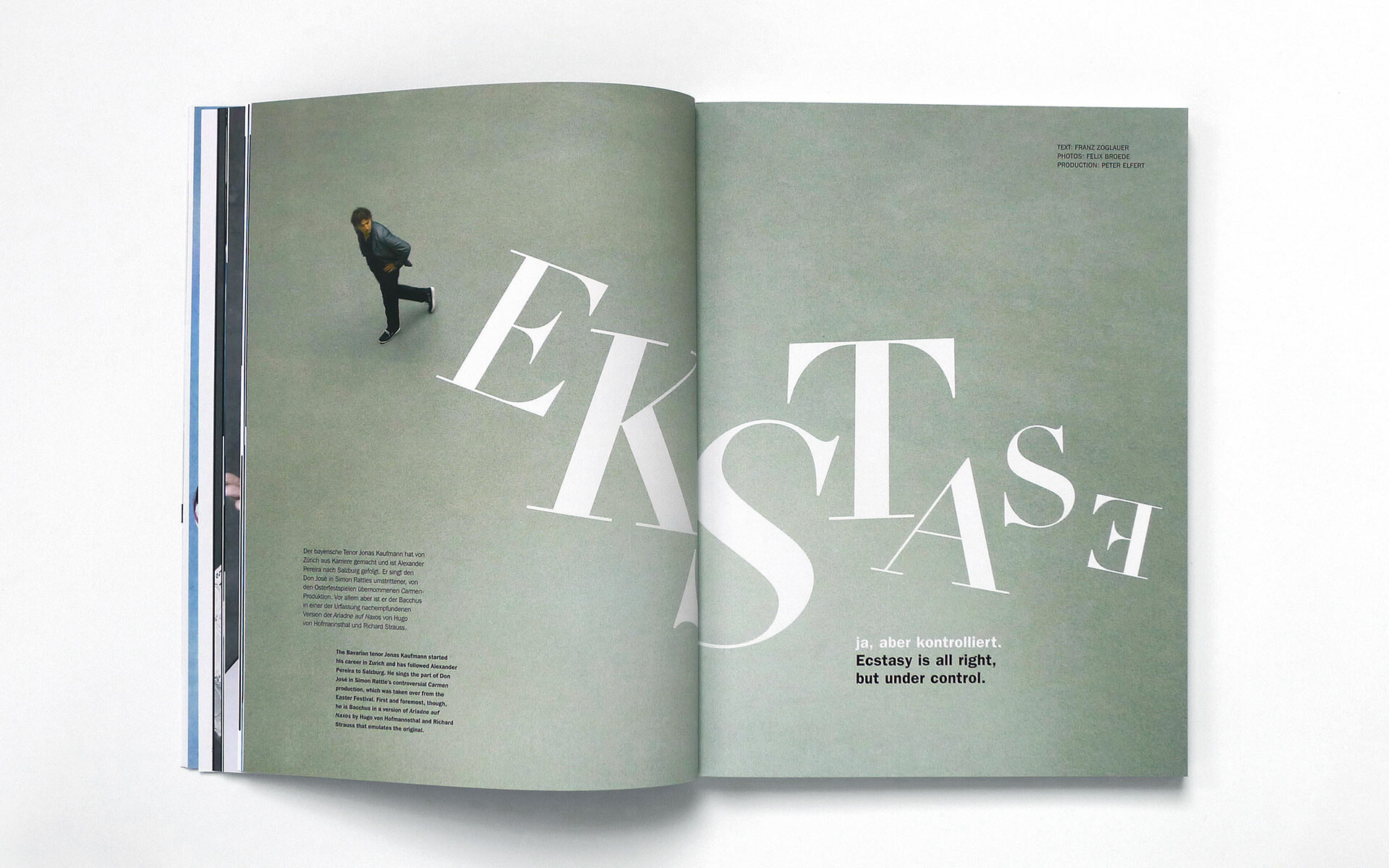 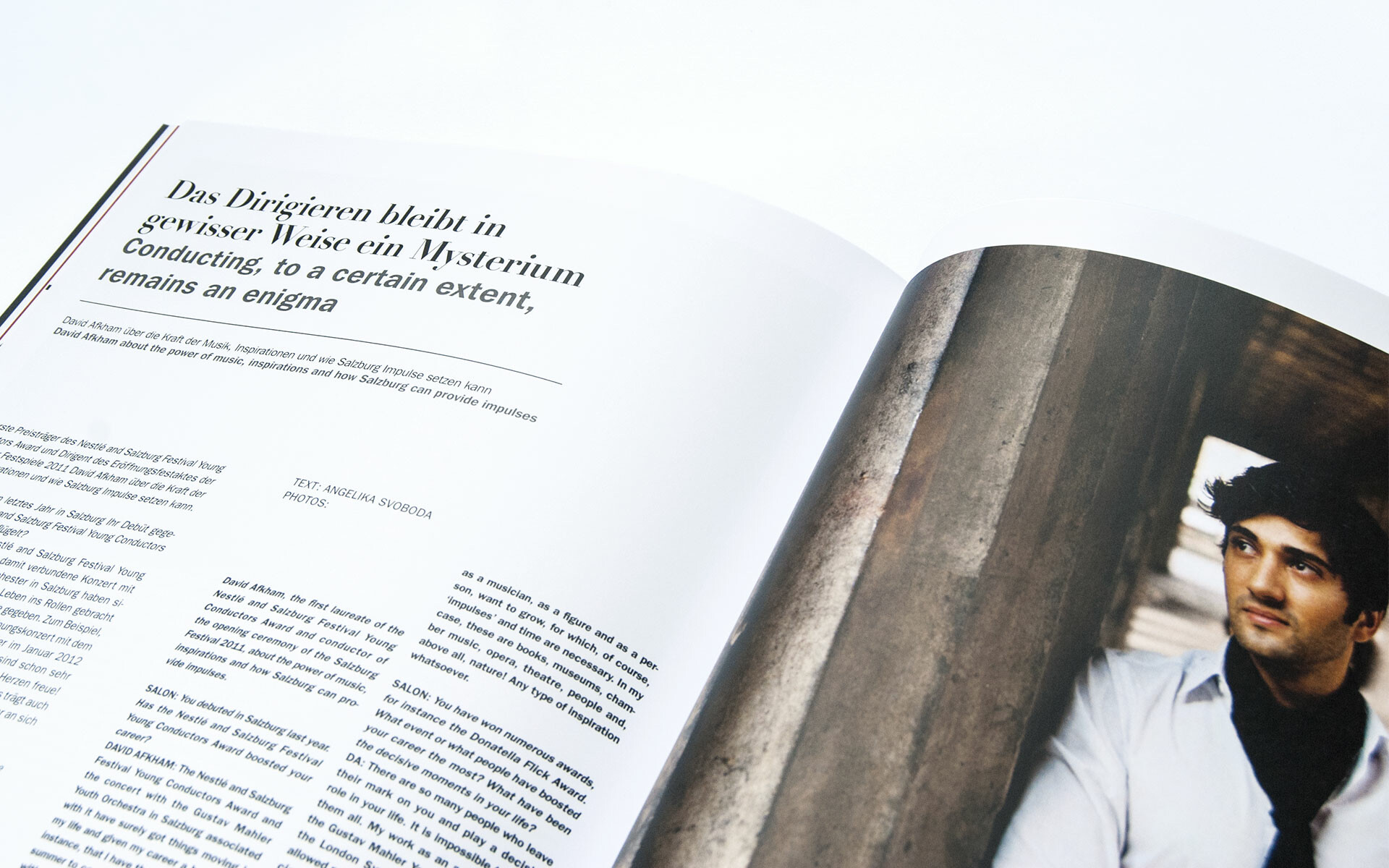 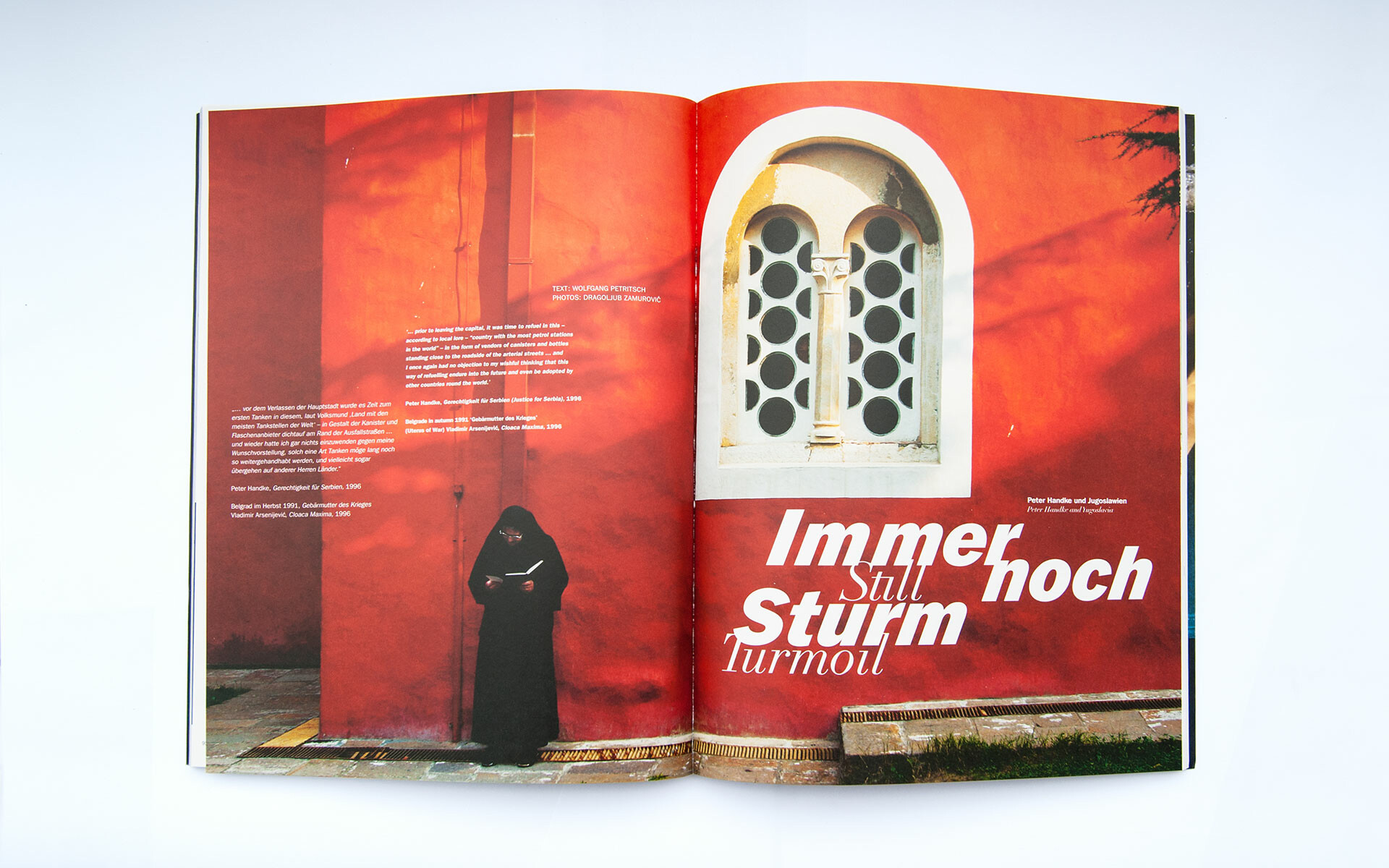 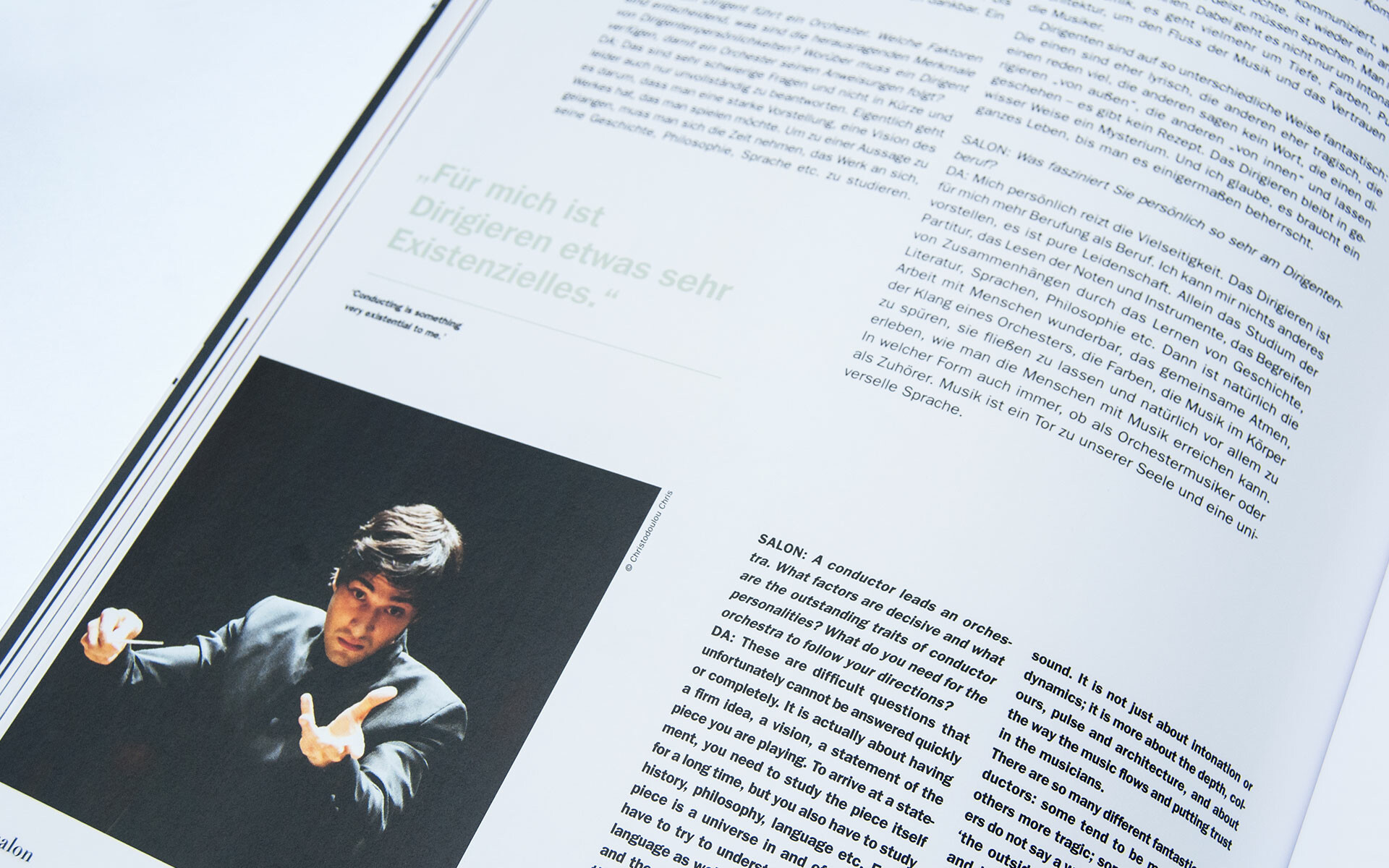 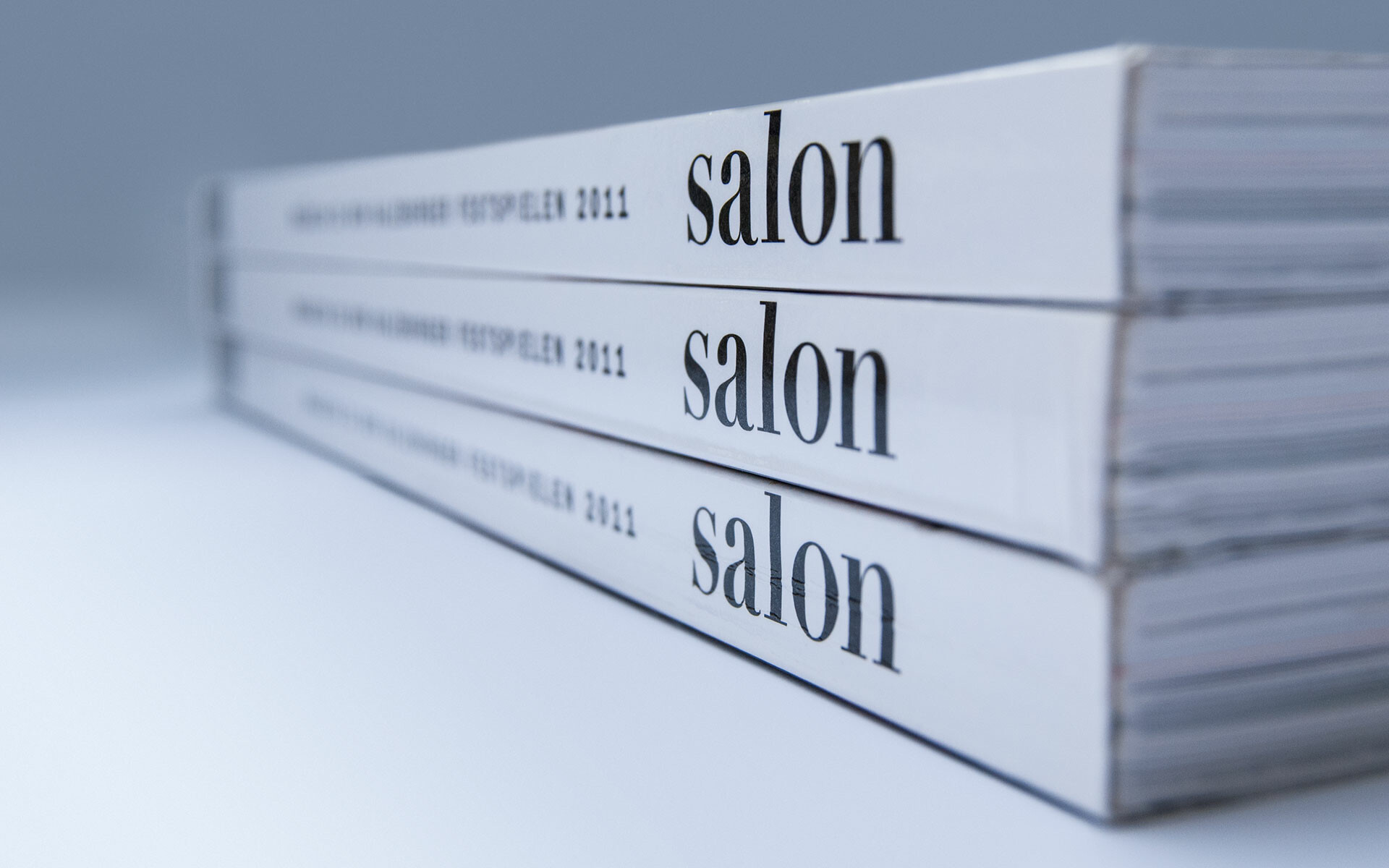 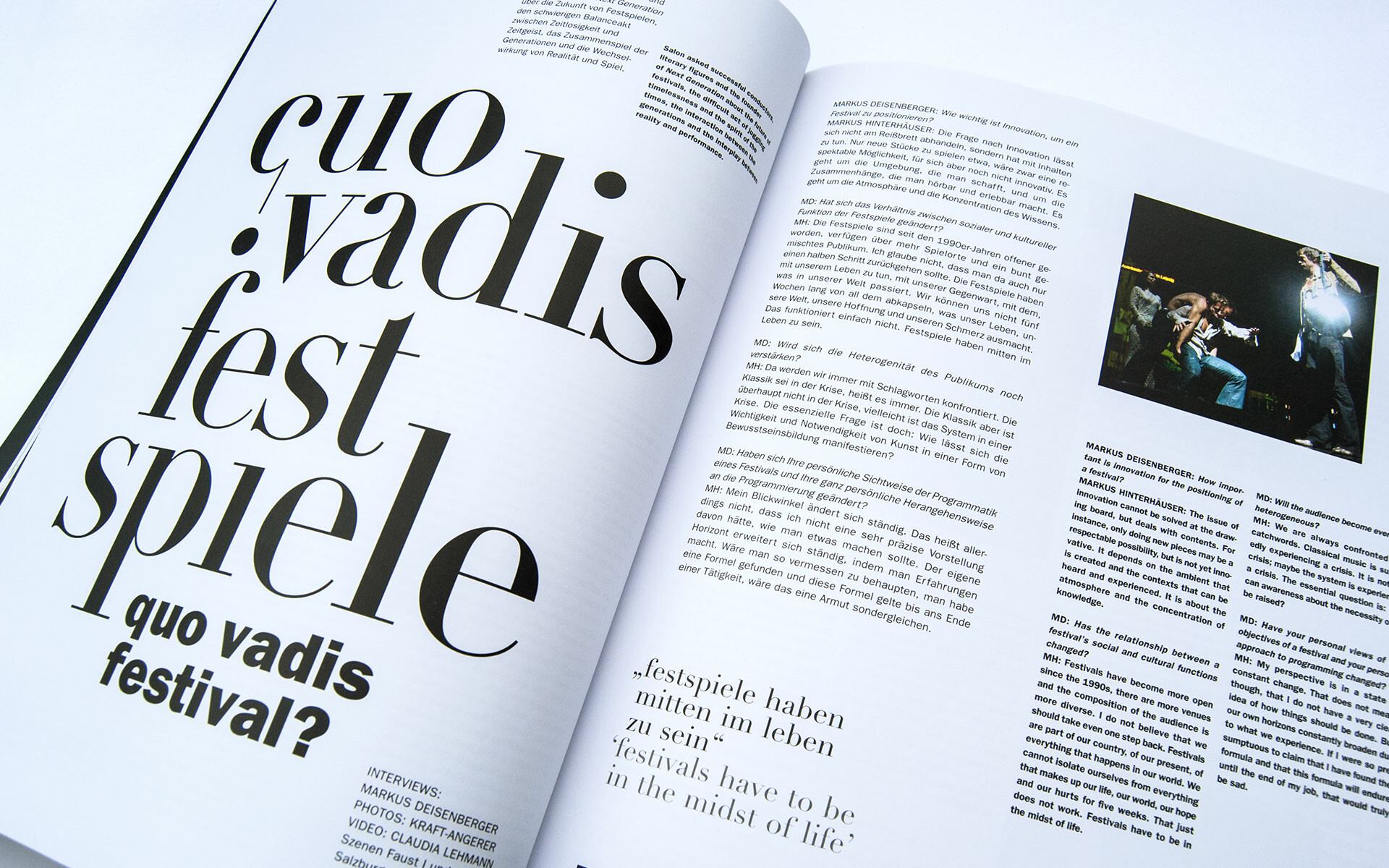 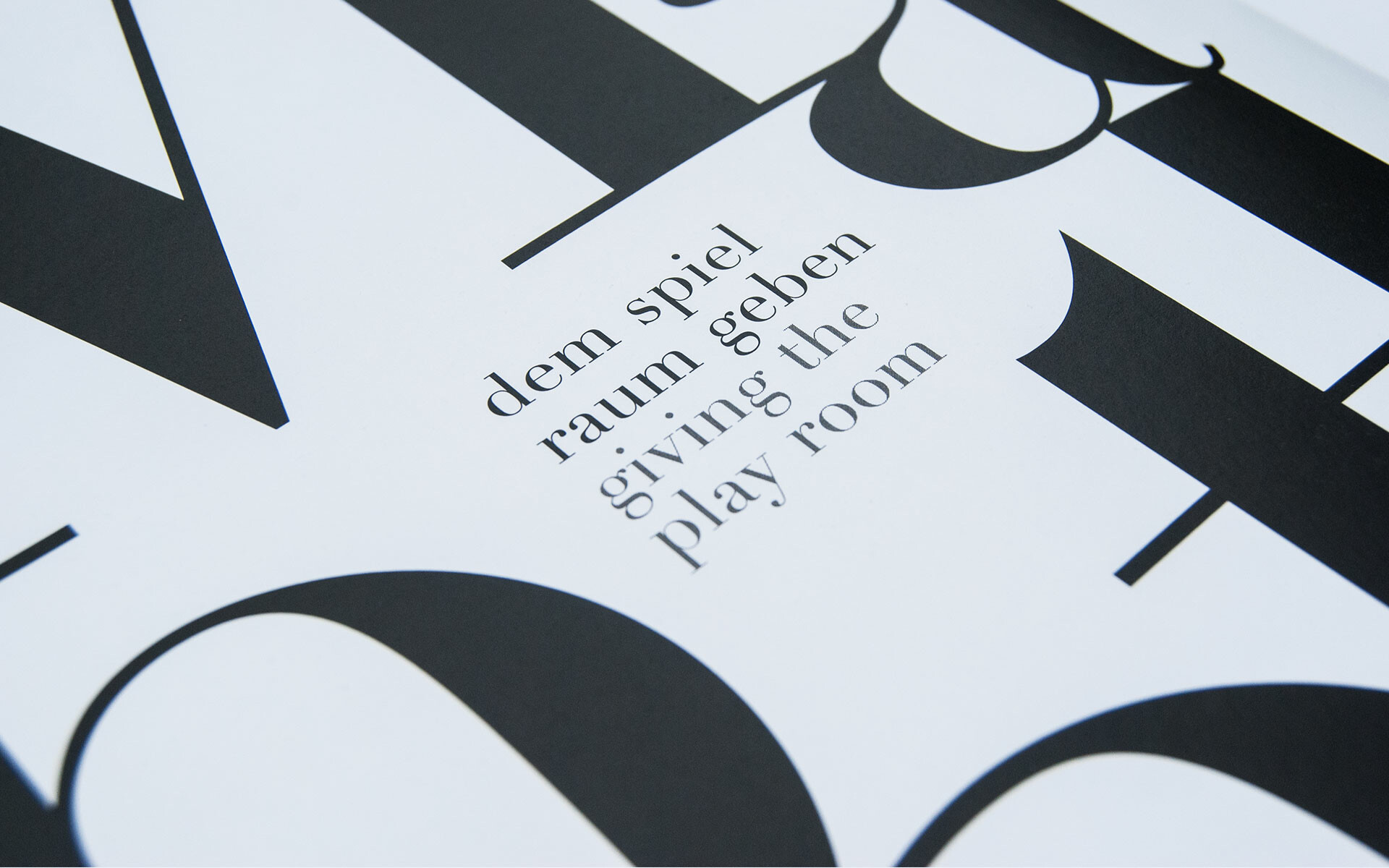 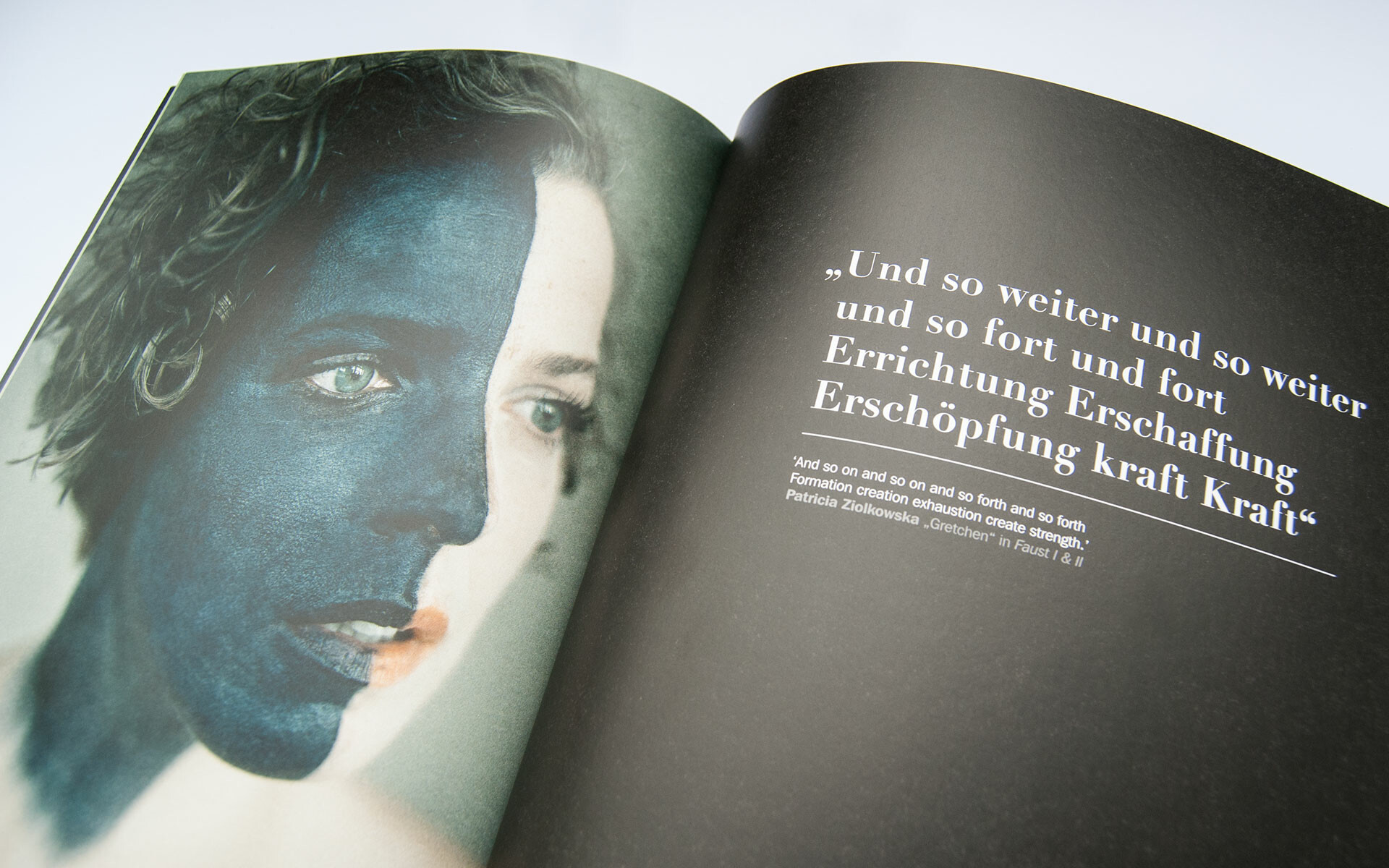 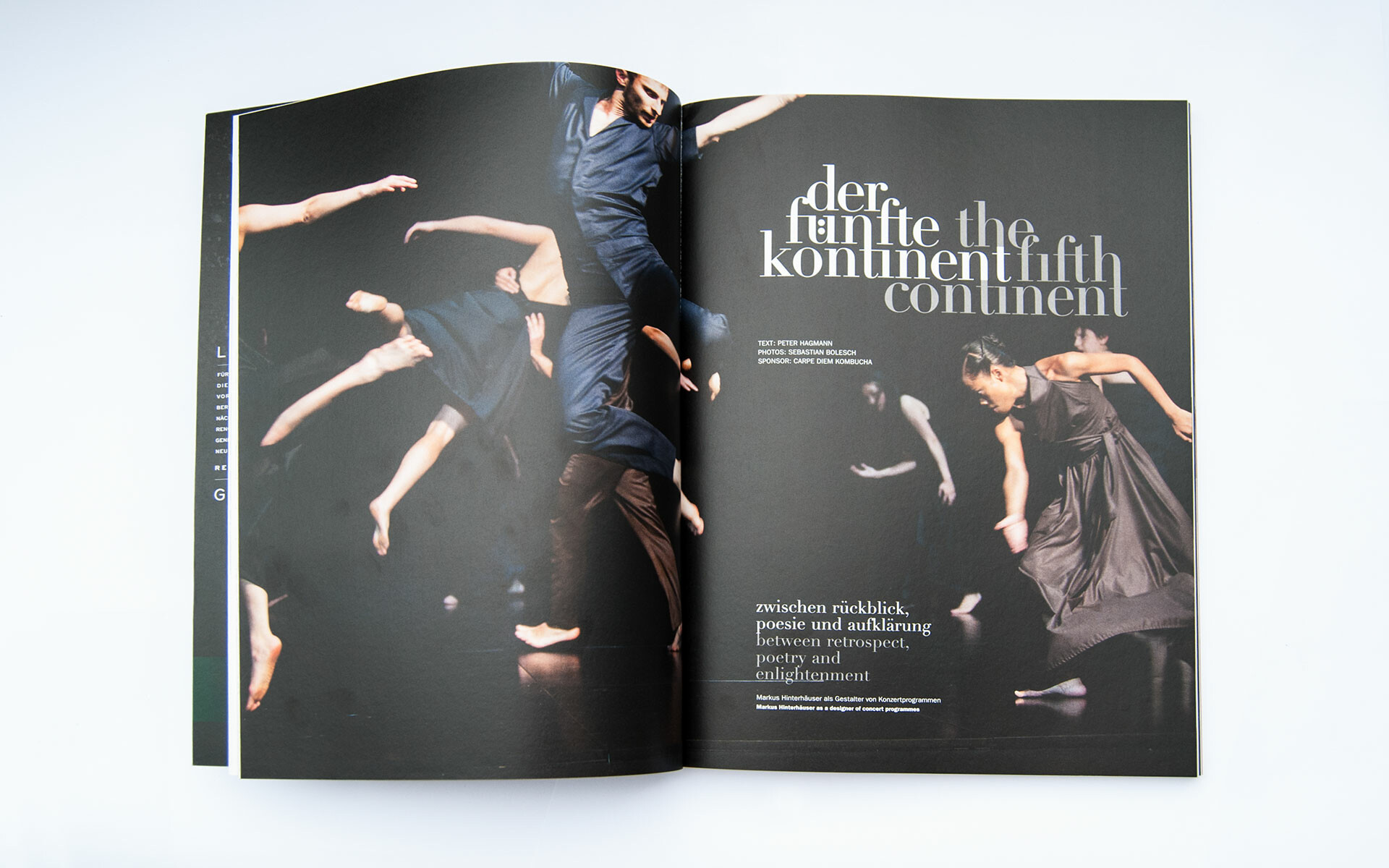 The bilingual layout of the magazine, with its playful typography and generous imagery, is a perfect match for the richness and diversity of the event. Features, essays and commentary present artists, musicians, writers and photographers with their reflections on the Festival theme: The nocturnal side of reason.

In 2011 Salon features behind the scenes analysis and an insight into the production of opera, theatre and concerts at the Salzburg Festival for the fifth year. Markus Hinterhäuser’s Festival motto ‘open up the ears, the eyes, human thinking’ has inspired a series of features, essays and interviews presenting artists, musicians, writers and photographers with their reflections on the Festival theme. The bilingual layout combines playful typography and generous imagery to entertain the eye as well as the mind’. Feature articles juxtapose the question whether ‘culture can create identity’ with iconic buildings around the world and present the festival stars close up in a skillfully choreographed series of photographs.

The 2012 edition of Salon documents a much changed festival programme instigated by the new director Alexander Pereira. The customary behind-the-scenes analysis of the productions presents artists, musicians, writers and photographers with their contributions to the cultural debate the magazine has been fostering for six years. In an unusual twist the 2012 edition offers a choice of different covers.